The other day, someone asked me what kind of year 2018 had been for me. I thought about this for a moment- it had been a pretty good year, right? Then I thought about it again for a little while after. Scratch that, 2018 hadn’t just been a good year, it has been the best year of my life and I had just gotten used to the constant excitement and jump out of bed mornings, that I needed some reflection to see that.

So why was 2018 such a good year? Well this year has brought me so many new adventures, challenges and lessons. I have never had a year where I have travelled so much and met so many people who have had a real impact in my life. Travelling and then spending time at home in between has shown me how amazing my friends and family are and just how lucky I am to live in a place as beautiful and open-minded as Brighton.

Professionally, new jobs and work experience has led me closer to where I think I want to be in the future. Finally the reason that 2018 has been so great is that for the first time in my life, I will see in the new year in a country other than my own- in Australia in fact. Doing a Working Holiday in Australia was something I was never quite sure that I was going to do, but the fact that I am spending New Years in Melbourne, a city on the other side of the world that I am working and living in, really demonstrates just how much I  have achieved this year. 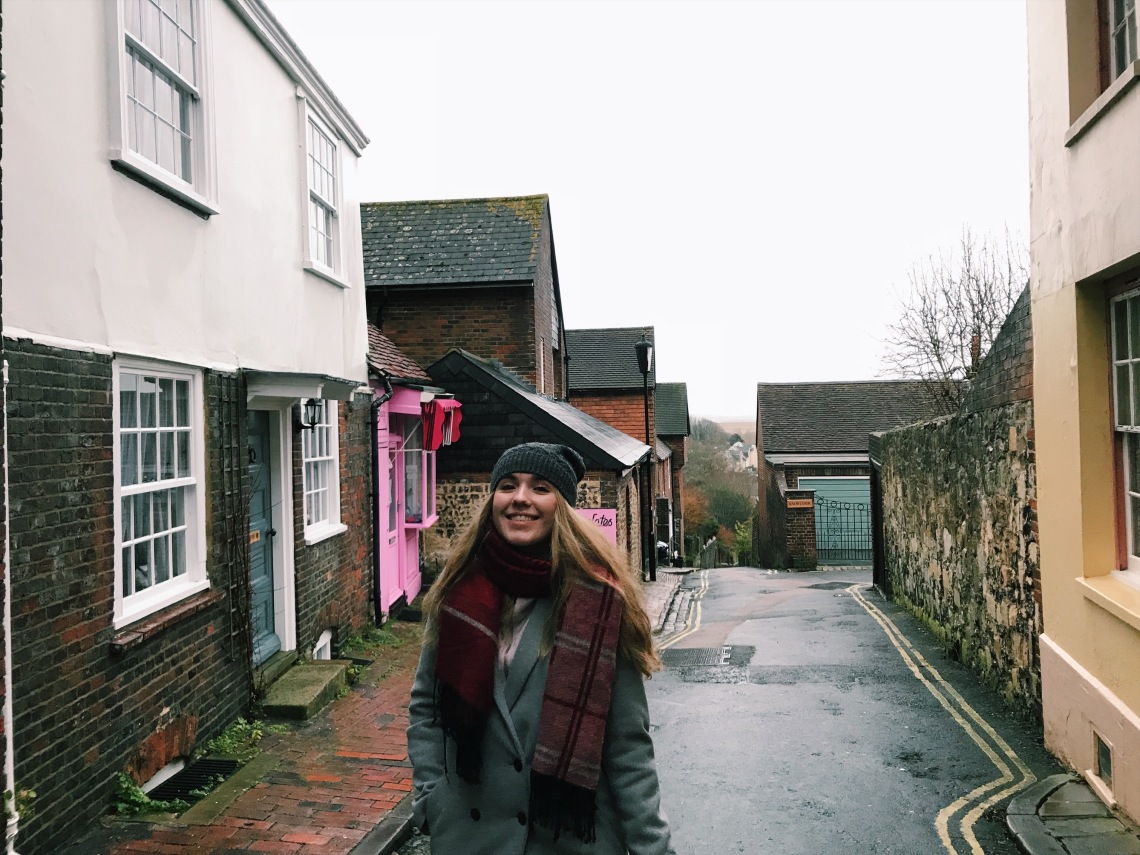 I saw the new year in at home with friends and family. With travelling, work and studying, it can be hard to spend time in person with those who mean so much to me so it was really nice to catch up with everyone in the new year. Here’s a snap of one of my best friends, izzy on a little day trip that we took to Lewes. 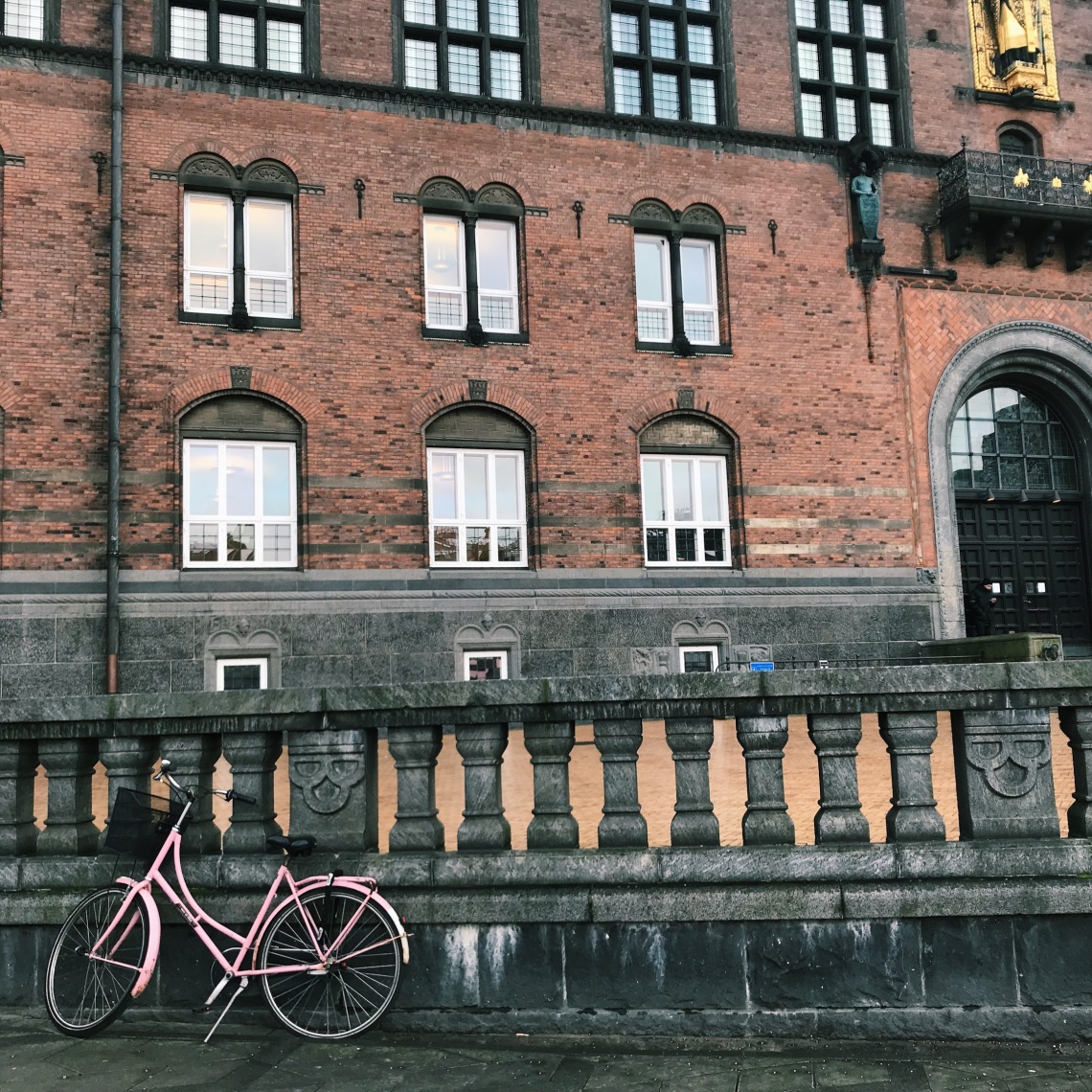 February I started some copywriting and social media work experience up in London which was really exciting for me. Me and my mum also took a really memorable trip to the colourful but freezing Danish city of Copenhagen. 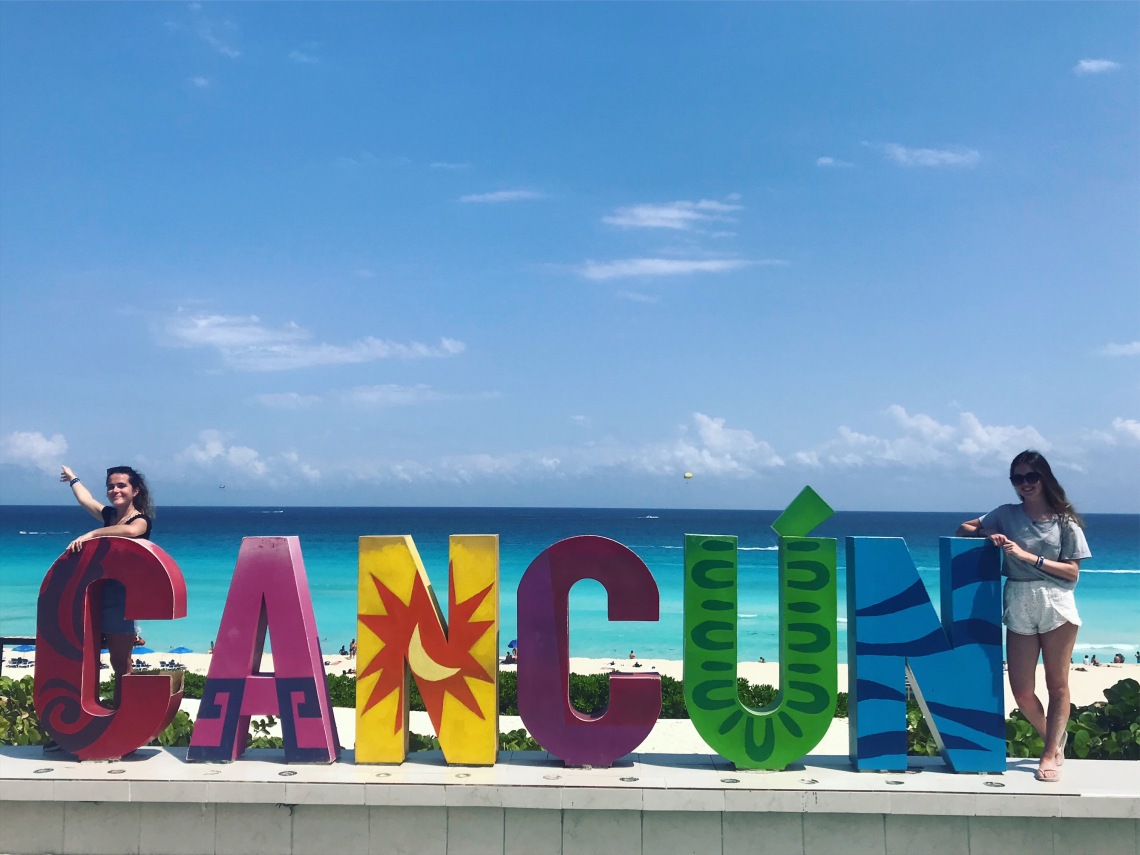 March started off pretty intensely as I was working six or seven-day weeks spread out between the office and cafe. At the end of March, I was reunited with my best friend and we took a fantastic trip to Mexico where we totally fell in love with Tulum: Easter Sunday tacos on the beach-yay. 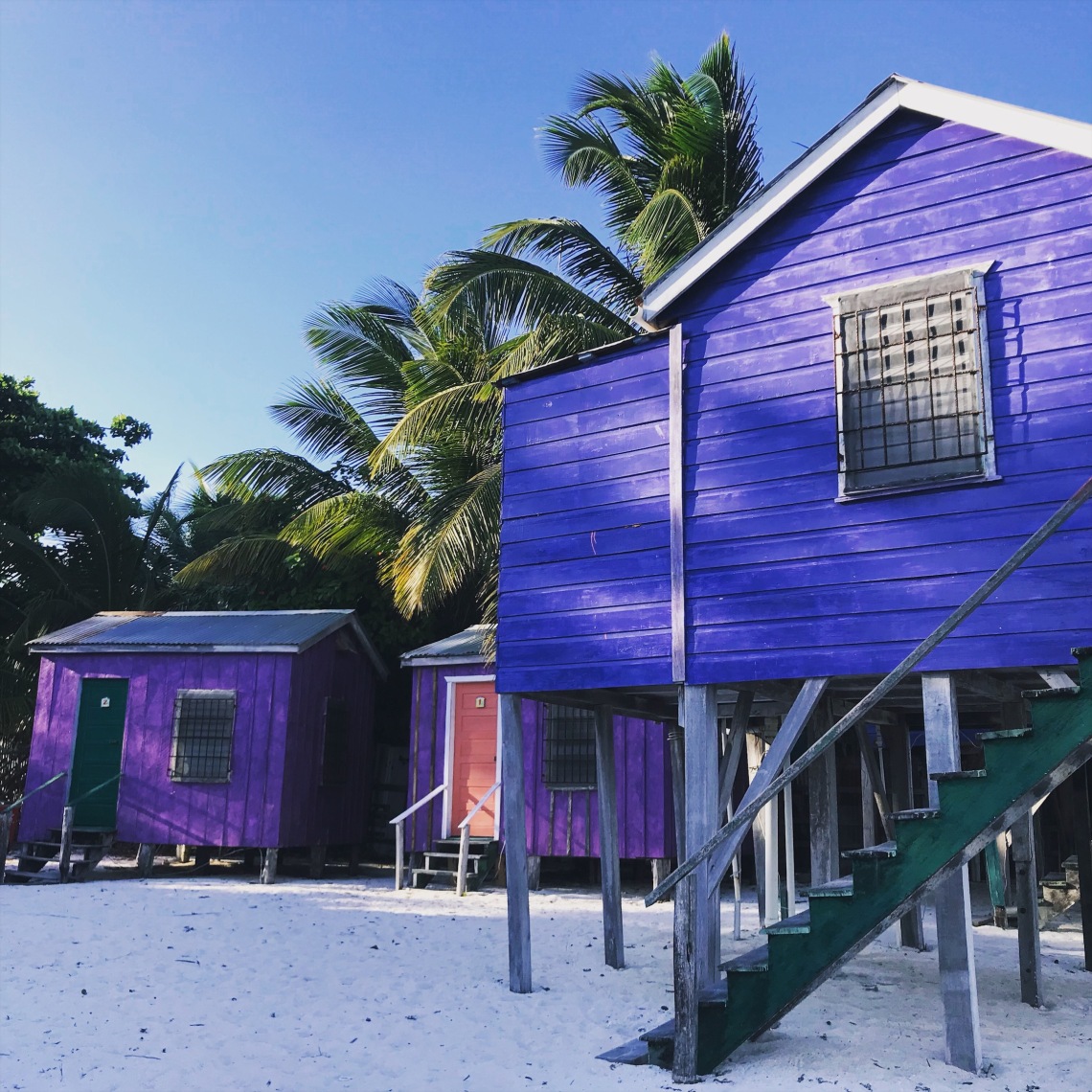 In April, I said goodbye to my best friend and started my group tour through central America with G adventures. I couldn’t have asked for a better group of people to spend a month with travelling through Belize, Guatemala, Honduras, El Salvador and Costa Rica. I finished the tour in Costa Rica with a ton of memories and some friends for life. 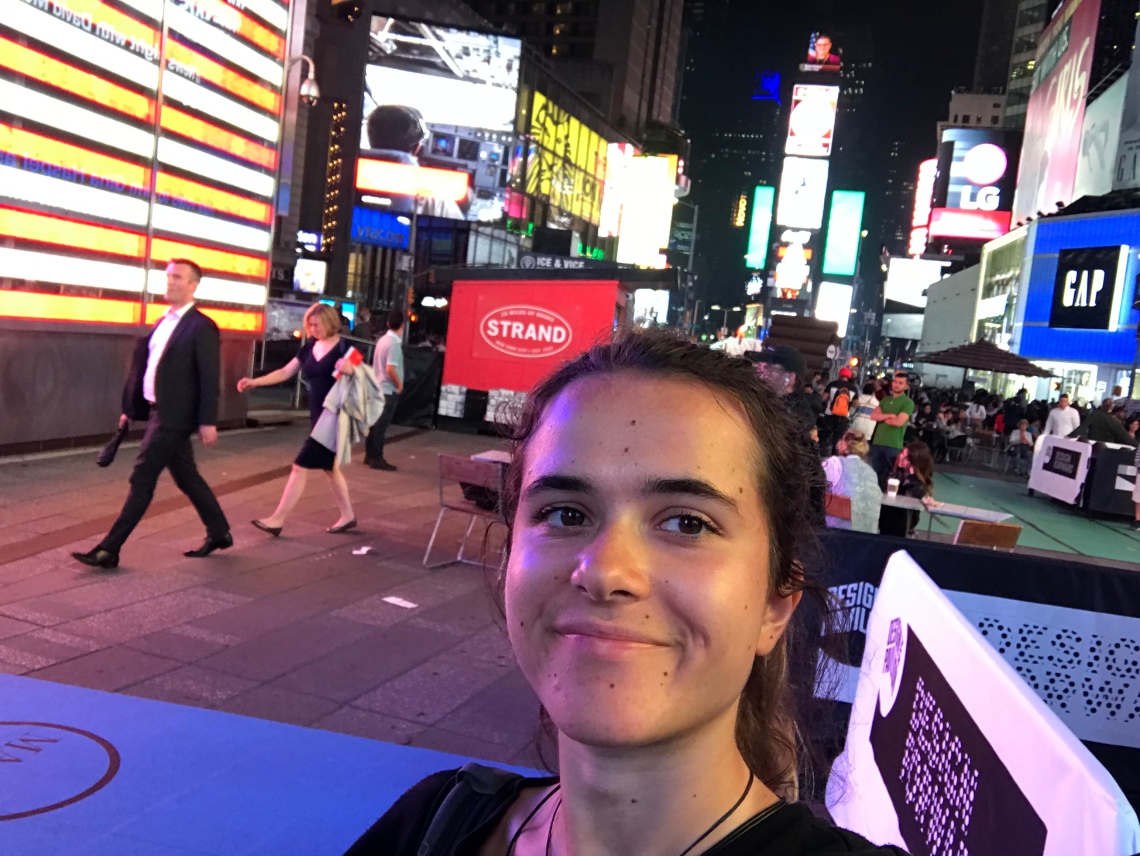 I saw in May in Costa Rica, in a lovely Caribbean beachside town called Puerto Veijo that I stayed in with a few friends from my tour. After a few weeks I decided to head back home via the US. I flew Atlanta to spend time with my Aunt and Uncle, having the best time chilling, exploring the city and exploring the state parks.  After Atlanta, I took the bus up to New York and spend a few amazing days in my favourite city as a solo traveller before heading home. 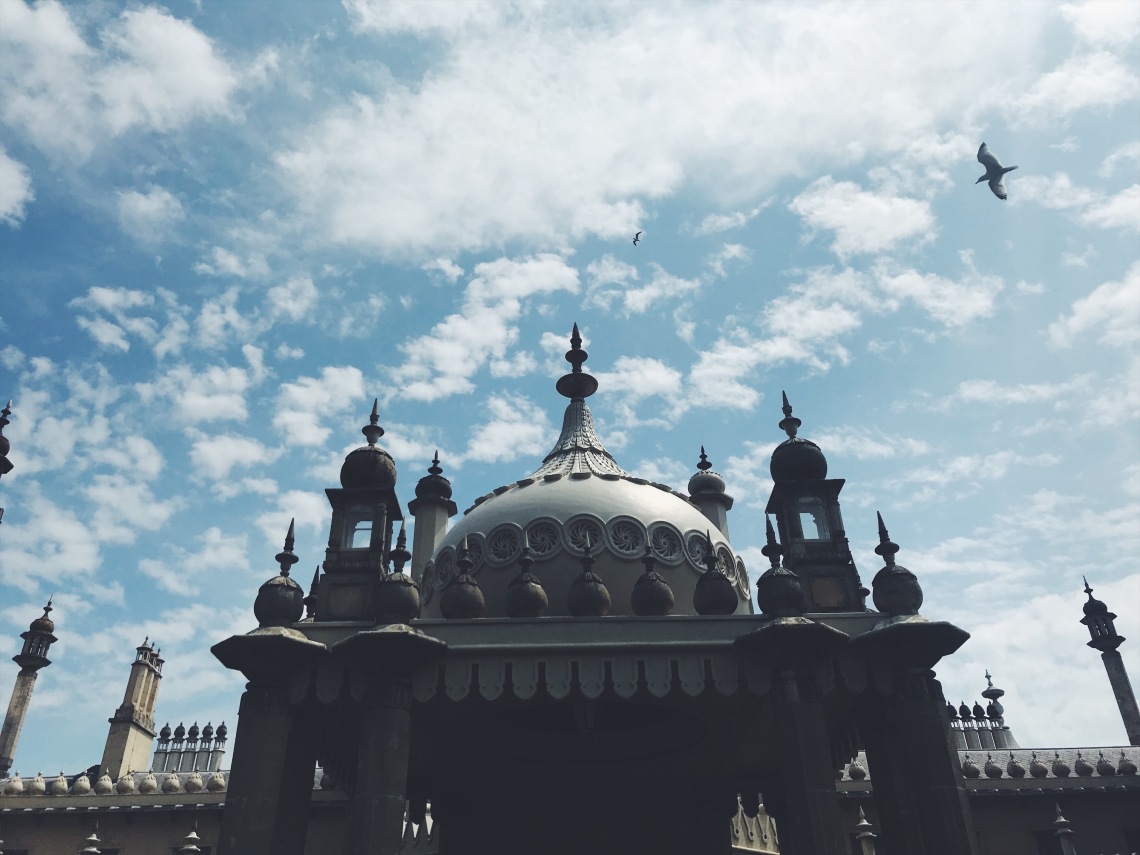 June was a month where I really spend some time appreciating home. The weather was so lovely and hot and I spent my days trying out new food places and relaxing on the beach. I started back at my old cafe job to earn some money and also took a few little trips to Leeds, London and Windsor. 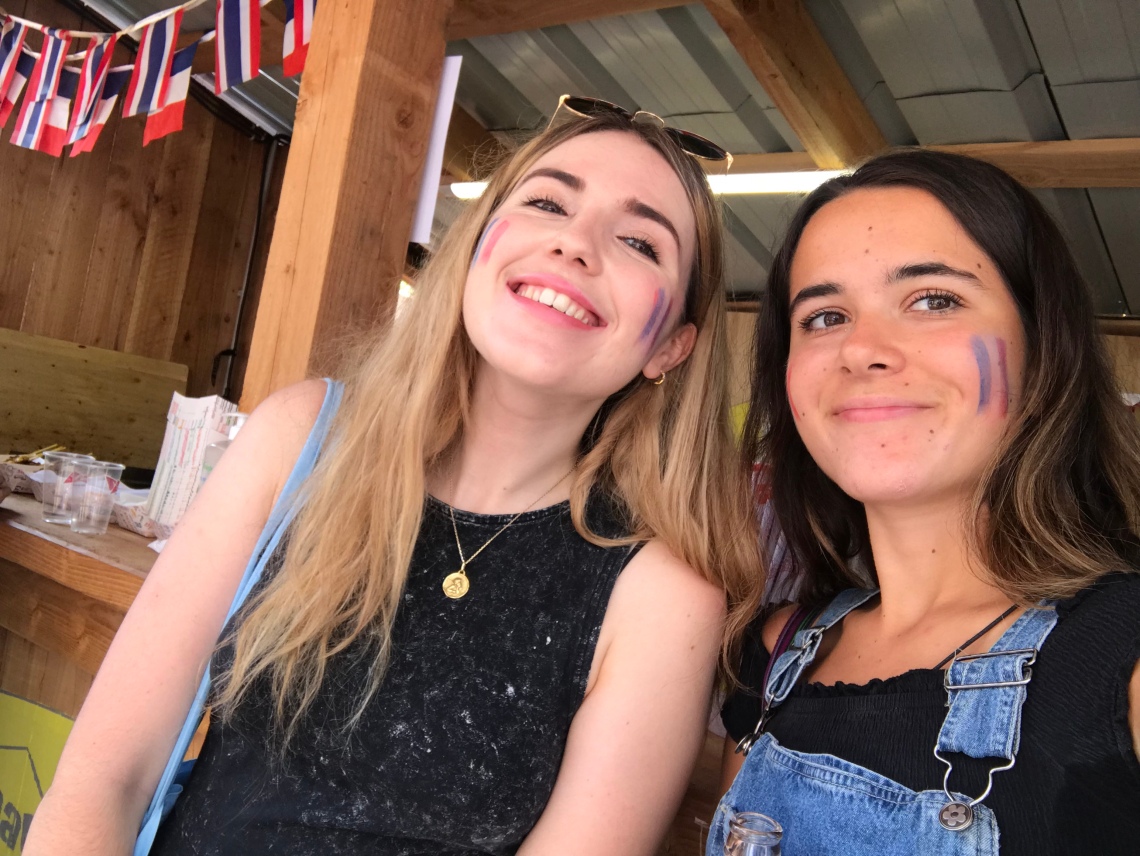 In July I had the house to myself and spent most days working and spending lots of time with friends. I was lucky enough to be invited to Join Brighton Food Tours on one of their eating tours around the city which was really fun. My highlight of July was getting to stay with my friend Izzy in Paris, in which my trip coincided with Bastille Day and France winning the football World Cup. 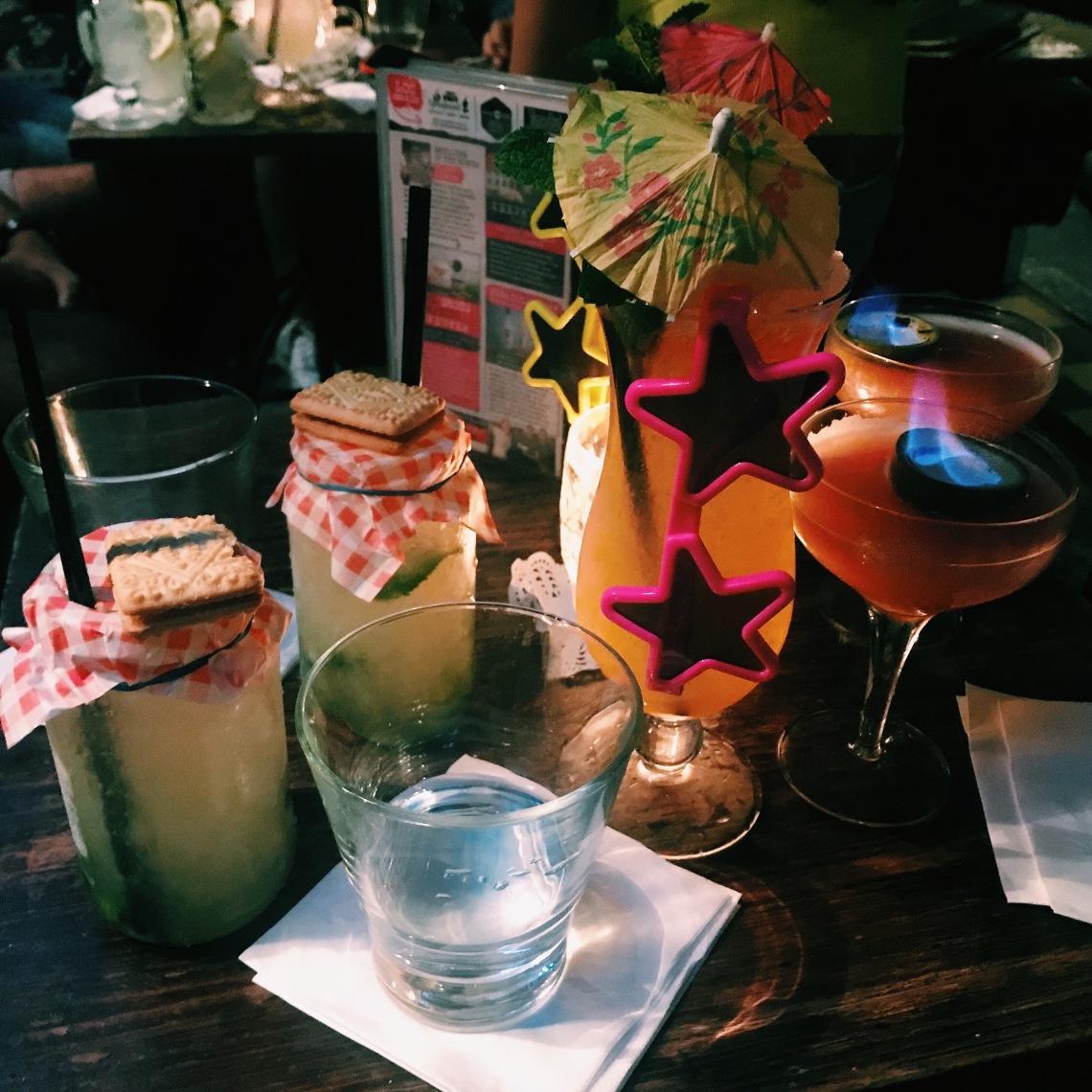 In August, I decided that I was going to travel in Australia with my friend Caroline who I had met the previous year in Vietnam. I spend lots of time working and continuing to enjoy the hot weather. In August I got back into running and really enjoyed feeling fit. Highlights of August included an impulsive trip up to London where I enjoyed the rare event of having three of my best friends in one place for a meal out. August also bought Brighton Pride in which Britney Spears performed, marking one of the biggest and best Pride’s to date.

September was a really chilled month while I spent time appreciating home before I left for australia. I had a great time working in the cafe, spending time with my family and friends. One of my favourite days was going up to London and having an impulsive reunion night out with some of my friends from my Central America tour. I also took a trip up to London where I had a fantastic rooftop dinner and catch up with my friend. September was the time to say bye to my friends as everyone headed back to uni. 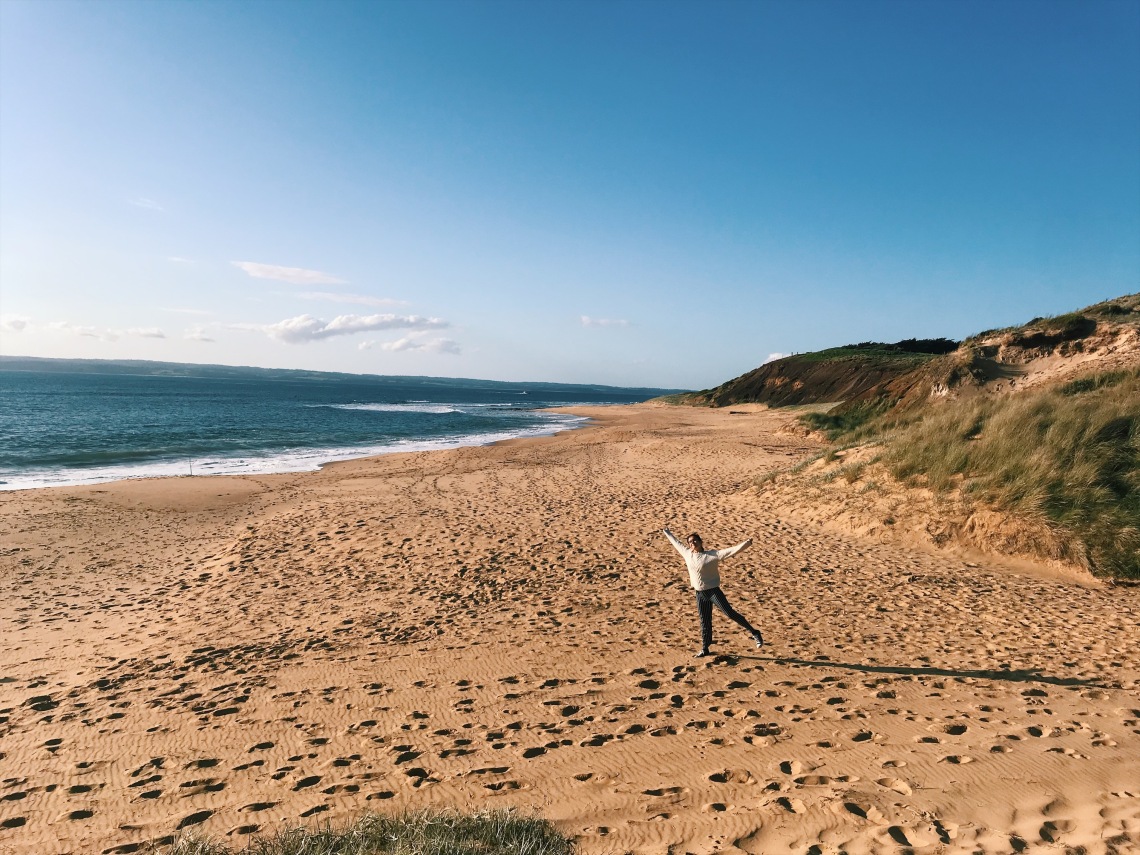 At the start of October, my friend Caroline from Germany arrived in Brighton. I spent a few days showing her my hometown and then it was time for me to say goodbye to home for a bit and head up to London and start our travels in Australia. We arrived in Melbourne fully intending to work straight away but after a couple of weeks spent falling totally in love with Melbourne and securing a digital marketing internship here, we decided that we needed to travel first. I put Melbourne life on hold and we flew up to Cairns with our friend Chris who we had met in the city. 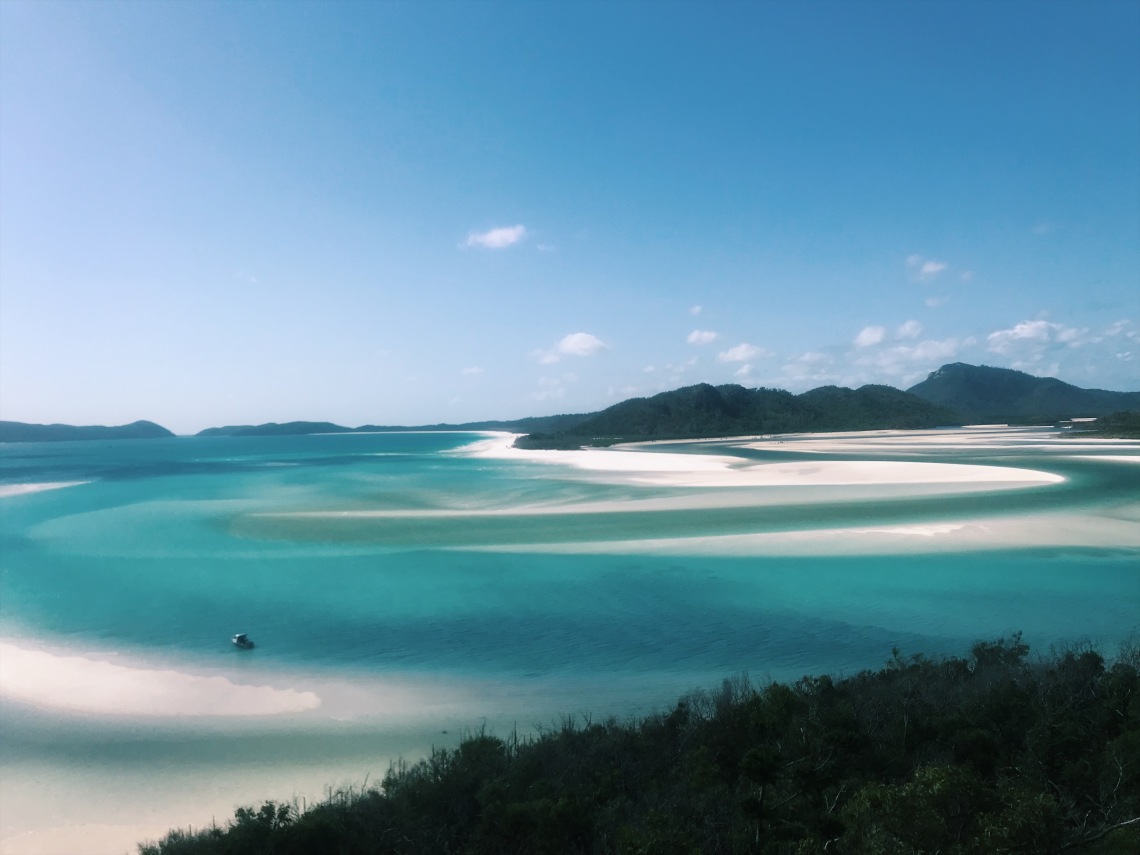 November bought constant travels, new adventures, once in a life time experiences and loads of friends. We travelled the East Coast from Cape Tribulation north of Cairns, to Sydney. From camper van roadtrips to yacht trips on the Whitsundays, drives along the  beach on Fraser Island and more waterfalls, beaches and wildlife encounters than I can count, I had the best time exploring this beautiful country. November was not without its hardships, missing people at home and saying goodbye to friends I had made along the way. 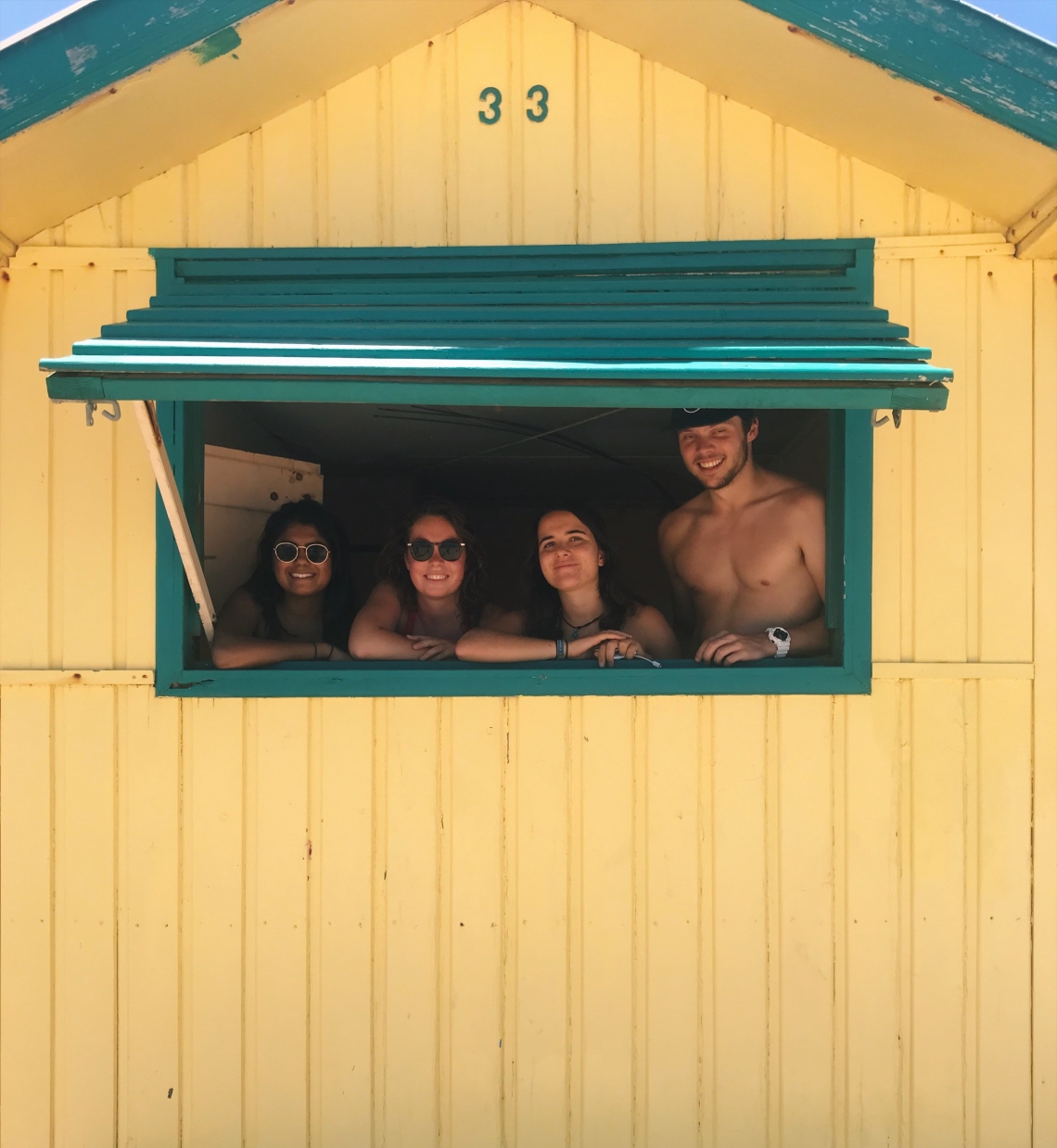 I saw in December and my 22nd birthday in the beautiful city of Sydney with my friend Caroline. Sadly December marked the time for us to part ways and it was a really emotional goodbye as I headed back to Melbourne to start the solo part of my trip and the working part, while she headed home. I arrived back in the Melbourne, happy to be back in a place I loved so much but apprehensive about finding work and being alone. However within just a few days, I had my own little group of friends here, I was back in my marketing internship and I had a cafe job. The last few weeks have been about settling into my life here, having some crazy adventures with my friends and my first ever- very weird- hot christmas spent at the beach.

So, as I see this year out in Melbourne, I am excited to see what 2019 will bring. For the next couple of months, I’m set to be in this city, after that the future is pretty undecided from then on. I’m not really one to set myself resolutions but I have a few ideas of things that I’d like to achieve this year. Firstly I’d like to progress further in my career and my goal of becoming a journalist and/or digital marketer. I’d like to continue challenging myself and having new adventures. Lastly I want 2019 to be year where I spend time with those who mean the world to me, from family, old friends and catching up with all of the people who have made this last year so special for me.

What were your highlights or what have you learnt from 2018? 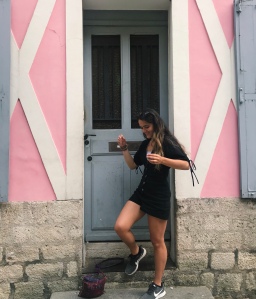